Pup season is winding down now here at the Red Wolf Recovery Program. Totals for 2013 will be announced shortly, but in the meantime, we thought we’d share a foster opportunity we had last week.  A female red wolf pup was born in late April this year at the Sandy Ridge captive site, the Red Wolf Species Survival Plan facility on Alligator River National Wildlife Refuge.  She was the sole survivor of her litter.  This presented a good opportunity to foster her into a wild litter of similar age.  Fostering pups from a captive litter to a wild litter has been a successful tool used by the Red Wolf Recovery Program as a means to increase the numbers of wild red wolves and enhance the genetic diversity of the wild population.

Pup fostering was first used in 2002, when two captive-born pups were successfully fostered into a wild litter.  Since then, we have seen some success with pup fostering with similar efforts.  In fact, no wild red wolf mother has ever been known to reject a fostered pup, and the fostered pups’ survival rates appear to be equal to that of their wild-born packmates.  There are several factors that can determine the likelihood of successful fostering. Ideally, the pups need to be no older than two-weeks of age at the time of the fostering.  During this time, the strong maternal instinct of the mother decreases the likelihood of pup rejection. The pups have limited mobility at this age as well, which ensures they will stay in or nearby the den site (and the mother).  We also aim to have all the pups similar in age, which can reduce any one-sided competition for food.  Lastly, a potential foster mother is usually selected based on her having a relatively low number of pups in her litter. 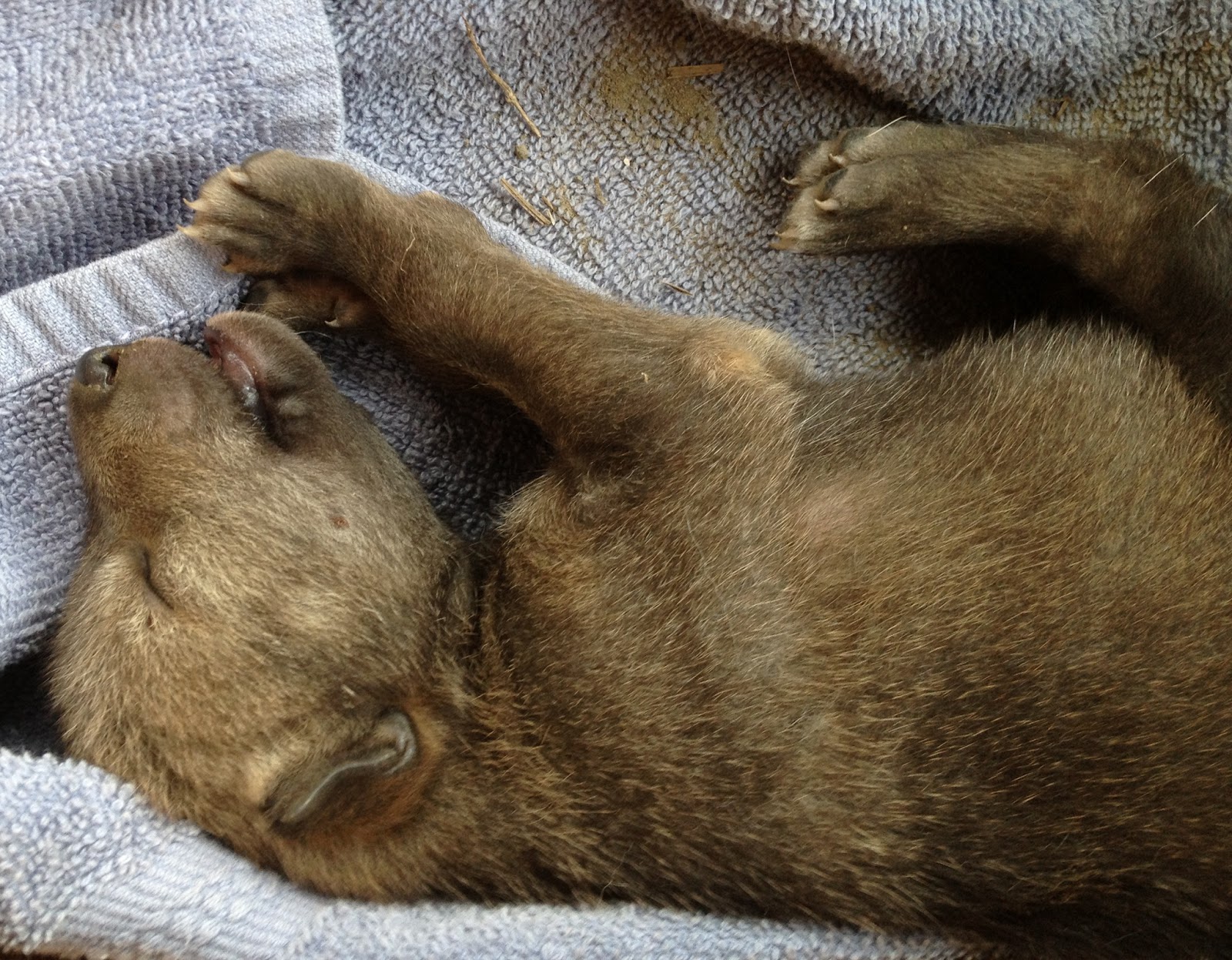 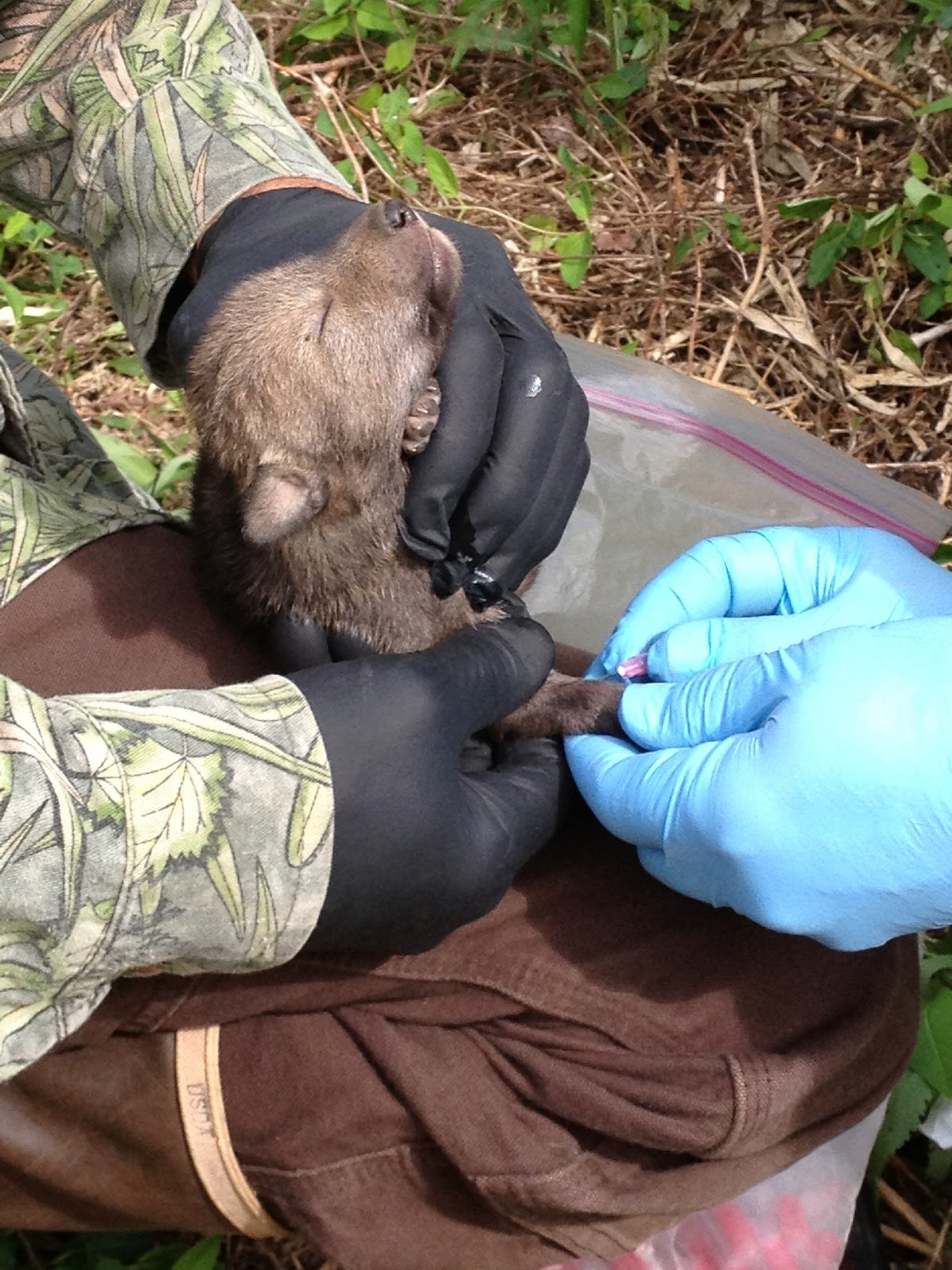 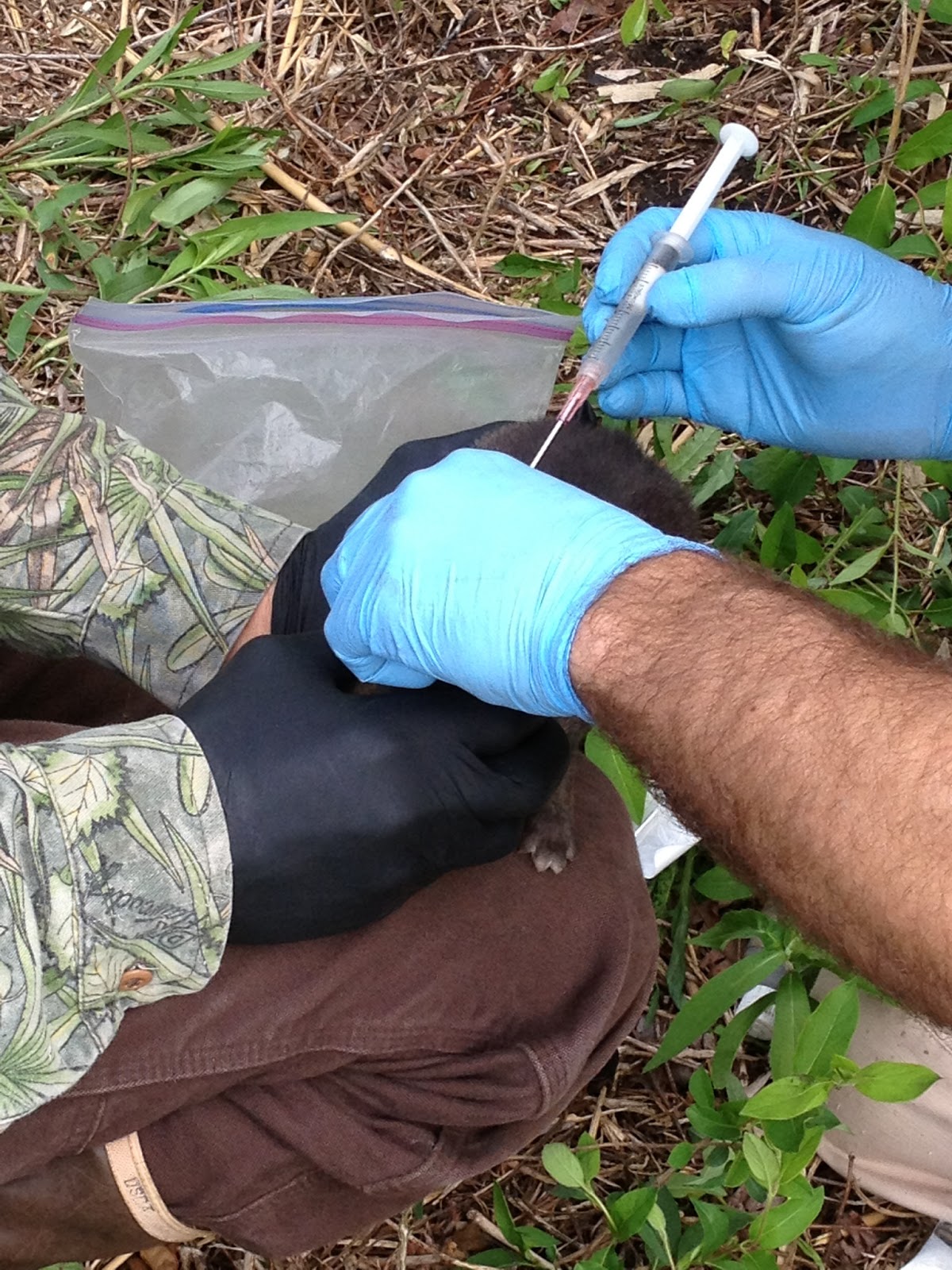 In this case, there were two female pups already present in the wild litter, and all the pups were between 9-11 days old.  Once the new foster pup was covered with the scent (urine) of the other pups in the litter, all three pups were placed back into the den. We’ll keep you posted on their progress! 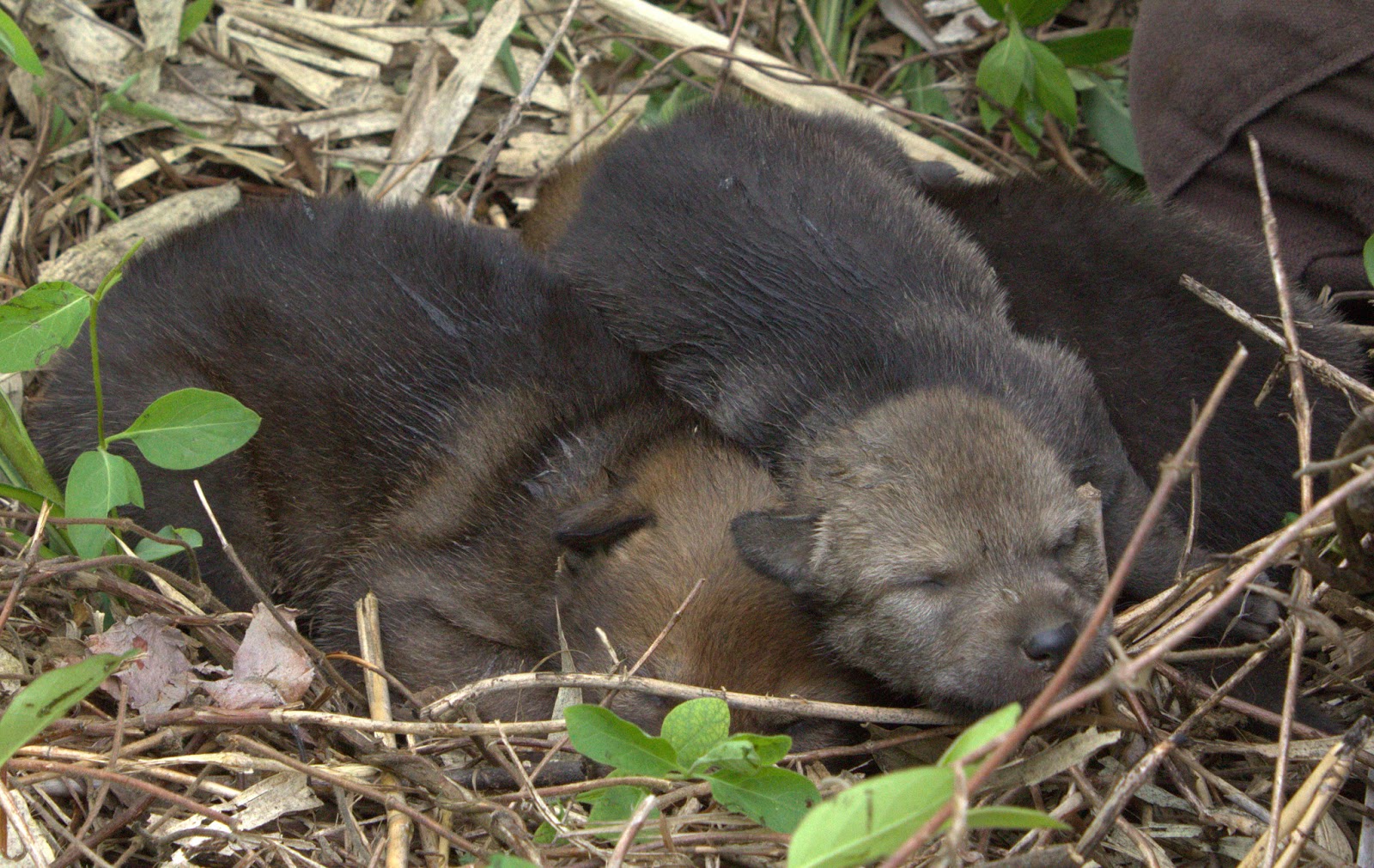 To learn more, you can check out previous blogs on pup processing techniques or previous fostering efforts.
Posted by USFWS Red Wolf Recovery Program at 6:30 AM